Nowadays choosing a pediatrician for your little one looks like a routine task. There’s a number of medical practices specialized in infants care. You can also comfort your decision by crossing references and experiences from other parents with the physician you chose.

How will can you ensure that the pediatrician you choose is actually the one? How can you be sure of their skills and professionalism? Of course, these issues are legitimate today but let’s look at the course of history. Today, we can ask these questions with confidence thanks to doctors who improved child care practice.

Let’s learn about 10 great pediatricians in the history of medicine and why their legacy benefits all parents.

One of the most recent pediatricians who managed the roles of both a pediatrician as well as a psychologist is Thomas Berry Brazelton. As a pediatrician, he was primarily focusing on babies more than toddlers. The Neonatal Behavioral Assessment Scale, also known as the Brazelton Scale, is one of his great achievements. This scale assesses the behavioral repertory of a newborn to measure the development of newborn and individual differences. This approach was innovative for its acknowledgment of the newborn as a developed body adapting to his environment (1).

Brazelton was ready to question commonly accepted theories and practices and to learn from children. He studied from his observations of babies how they interact or cut off themselves from their environment (1).

One of the most prominent factors of Leila Denmark’s medical career is its longevity. She served children for around three-quarters of a century.  She believed in conventional living and parenting standards and stuck to them in her personal life and parenting journey.

Her medical philosophy emphasized preventive versus responsive medicine (2). She urged parents to use common sense preventions so children don’t catch many diseases and develop a healthy immunity system.

Her contribution to the whooping cough vaccine is another Leila Denmark’s great achievements. The same study prompted her to focus on children and their illnesses. She opened her practice to children from all families irrespective of their social or economic status.

Other than her enthusiasm for research, people praised her skills in diagnostics as her specialty. This specialty kept her going even in the last years of her career. Even after Denmark retired, she expressed unwavering loyalty to the philosophy of preventive care in interviews. Her favorite topics were babies and habits that could boost their health.

Benjamin Spock is another example of how modern pediatrics development induces a lot of children’s psychanalysis. Spock urged parents to express more love and affection towards their offspring.

When he started practicing in 1929, he was appalled by the strict parenting discipline prevalent in those times. He protested against a no-kiss no-hug policy which was promoted by the pediatric doctrines of this time. Instead, he prompted parents to believe their intuition and let the children communicate their needs to them.

By finding a middle ground between his mother’s way of parenting and the widely accepted practice of his time, he showed that a pediatrician should be able enough to challenge societal norms in favor of children’s wellbeing. This passion to serve humanity, led him to continue his research and developing the parenting practice he advised in his popular book, Baby and Child Care. For example, in 1957, he reviewed his work to encourage parents to maintain control over their children against his previously permissive teachings.

Nils Rosen is commonly referred to as the Father of Pediatricians. He worked on defensive care and the prevention of death in early childhood. Coming from a poor country with a high child mortality rate, Von Rosenstein raised awareness that with proper medicinal as well as preventive interventions, children’s lives could be saved.

By widening the scope of medicine from just healing to also include prevention, Rosen paved the way towards higher life expectancy and lower child mortality. His solutions focused on hygiene, balanced diet, mental nourishment of patient and active nursing.

Around pediatrics, his focus remained on breastfeeding, children’s diseases, preventive interventions and lifestyle, and nursing. Although his contributions didn’t create an immediate effect on the number of mortalities Sweden witnessed in those years, it greatly increased living standards and improved the mortality rate from more than half in the eighteenth-century to just 0.5% now in the country.

His contributions as a pioneer of preventive medicine are not the only factor that earns such a legacy. It was also the gentle and kind treatment he extended to his patients that helped him win fame. He, for example, also wrote about soothing crying infants in his books on pediatrics.

Most people know Montessori as an early childhood education expert. Maria Montessori’s interest in early education started from her profession as a pediatrician. She believed that mental deficiencies could be treated more with the right education than the right medicine.

She concluded that the right educational environment could improve the cognitive capabilities of at-risk and disadvantaged children. Her series of successful experiments on these children allowed her to understand the role of presentation and communication in early childhood development. This led to a globally accepted education system.

Her passion to serve children without classifying them into economic and social strata came from a unique form of teaching-learning from the students themselves. Montessori based her pediatrics, and then educational practice on nurturing the emotional and mental health of patients (students). She used different tools to elevate this health including guided, result-oriented activity; self-esteem; and proper level of arousal and motivation (2).

Although her work remained focused on education, it paved way for various discoveries and developments in the discipline of children’s mental health in the coming decades and centuries. The diagnosis of autism and other similar cognitive deficits became possible because of her contributions (3).

Like Maria Montessori, Emmi Pikler showed a strong interest in developing the autonomy of young children without compromising cognitive development. Pikler’s approach allows more freedom to the children and is focused on mentally healthy learners.

Her non-conventional method towards treating infants and babies didn’t only include diagnosis and nursing. It also consisted of devising plans for proper physical and mental development. She engaged in comprehensive talks with mothers before counseling them on the best strategies they could apply to develop a child-friendly environment at their homes.

One feature of Pikler’s practice that strengthens her resemblance to other famous pediatricians is the universality of her approach. She didn’t discriminate between children on the basis of their economic status or health conditions.

Respect and full attention made the basic features of her approach and encouraged parents to focus their parenting on infant needs. This idea of child-led teaching presents an active and more mindful parenting practice. With this approach, parents keep learning from the continuously changing needs of the child.

Also known by his pen name Dr. Henryk Goldszmit, Janusz Korczak led a dramatic life which led to his even more dramatic end. He started his humanitarian works soon after he joined medical studies with a focus on healing underprivileged children. His universal service to children made him join the organization ‘Help for Orphans’ in Warsaw where he was also contributing as a physician.

One leading philosophy of educating and healing children he practiced was talking with children instead of talking to them.

Core areas of focus in his educational curriculum at his orphanage included the principles of dignity, faith, and love. In addition to the physical talents he imparted to his students, he gave them a longing for a better life grounded in self-belief and personal talents.

Socialization made a paramount practice that developed these children. Henryk encouraged them to make their own parliament, government, and court. These children also issued the orphanage’s newspaper. From this work, Henryk paved the way for new ideas about children’s social development and participation. Korczak died in Treblinka extermination camp in 1942.

This twentieth-century pediatrician with a focus on whole-child development took to the Freudian school of thought for her psychological side of her career. Psychoanalyst by profession, Dolto kept her focus on child-rearing and development. Her teachings are in line with the pioneer pediatricians who believed in child-led parenting.

Taking influence from psychoanalytic techniques, she emphasized a lot on communication between adults and children to reduce the understanding gap between the two generations. Consequently listening to and talking with children made the two important tools she used in her practice as a pediatrician and child-rearing expert.

One of the most remarkable rules of Francoise Dolto’s approach is talking to children even during their infancy. Her work and practice were criticized for being more intuitive and less scientific. But, just like the Freudian approach, her program also became successful among practitioners.

Included in her works, ‘Everything is Language’ is the piece that talks about communicating difficult concepts and events to the child. Other similar books on child-rearing include ‘When a Child Arrives’, ‘The Cause of Children’, and ‘Underlying Stages of Childhood’.

You probably heard about Asperger’s Syndrome. This syndrome was defined by the famous pediatrician Hans Asperger as autistic psychopathy in children. The definition of this syndrome makes the most prominent feature of Hans’ pediatric career. In the 1980s’, the syndrome was renamed Asperger Syndrome to give credit to the original Austrian discoverer.

His work for socially awkward and inept children was inspired by his interaction with these children in his capacity as a pediatrician. Some argue that Asperger’s interest in the topic resulted from his own struggles with communication with peers.

One discovery he made was that although these children scored low on social intelligence, they were highly intelligent and possessed a creative streak. Although the understanding of these children is low for social interactions, it is well-built in other senses including sense of touch, smell, and sound. Hans also pointed out that this disease is genetic in most cases.

By offering this explanation, Hans paved way for these children to get access to education through channels that are most convenient and understandable for them.

Jacobi is considered a pioneer of pediatrics in America. A few years after his arrival in the country, he found the first-ever clinic for children in 1960. Being the first authority in this subject in the country, he was appointed as professor to teach about children’s diseases at New York Medical College.

He was also helped to establish an award for children’s treatment at the Mount Sinai Hospital in New York. Plus, he acted as a visiting physician to various other hospitals including Hebrew Orphan Asylum, German Hospital, Randall’s Island, and Mount Sinai.

His literary services include his role as joint editor of the American Journal of Obstetrics and Diseases of Women and Children from 1868 to 1871. He also wrote on diphtheria, throat health, thymus gland dysfunction, and intestinal illnesses.

He was also one of the foremost pediatricians who urged parents to take preventive measures to ensure children’s health. He proposed boiling milk before drinking. He also advised about childcare as well as infant care and gave guidelines for mother and children care to midwives. Hygiene also made a prominent part in his approach towards maintaining physical health.

Why did they improve children’s lives?

This article listed the ten of the most influential and renowned pediatricians of history. All these pediatricians changed the way parents used to take care of their kids on both physical and mental levels.

These 10 great pediatricians who made the world a better place considered the child’s mental and emotional health as an influence on their physical health. The child-led approach of treating children is prevalent in the methodology of most of these pediatricians. 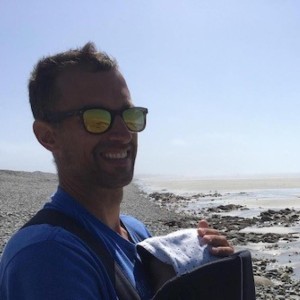 Why Your Kids Will Love Their Pikler Triangle

The Baby Shower Tradition Here and There

Are There Childhood Curriculum Models Better Than Others?

What’s Important To Consider When Picking A Baby Name